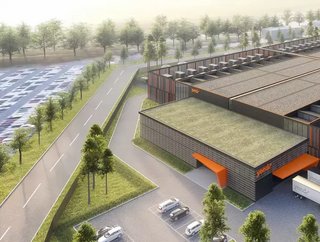 Yondr’s 40MW data centre will be located in the City of Bischofsheim, further establishing Frankfurt as a key digital infrastructure location

Yondr Group, a global leader, developer, owner-operator and service provider of data centres today announced its plans to develop a data centre project in Frankfurt, Germany. The project, located in the City of Bischofsheim, is expected to be ready for service by Q1 2024.

The 40MW facility in Bischofsheim will join the company’s rapidly growing portfolio of global data centres which includes the recent announcement of a 100MW data centre development in Slough, United Kingdom.

Frankfurt, part of the FLAP market, is expected to surpass 600MW of total supply this year, with 145MW of new supply expected to come online, according to a CBRE report. The growing hyperscale cloud opportunities and capacity demands from multinational enterprises positions Frankfurt as a strategic location and a key part of Yondr’s global expansion plans.

“The last few years have seen aggressive expansion in Frankfurt due to increased cloud capacity demands. The availability of this new metro will greatly support our clients’ growth and remove any constraints when it comes to scalability challenges,” said Pete Jones, Chief Development Officer and Founder at Yondr Group.

Yondr’s approach to data centre development will offer clients cloud capacity at scale with space to expand. Yondr additionally made several biodiversity and community development commitments, which is an integral part of the company’s efforts to create a lasting positive impact in any community it operates in.

“The data centre project proposed by Yondr is the largest and perhaps the most important development project for the City of Bischofsheim,” said Mayor Ingo Kalweit. “With Yondr’s presence, Bischofsheim will become a digital infrastructure pillar and our community will greatly benefit from the influx in innovation.”