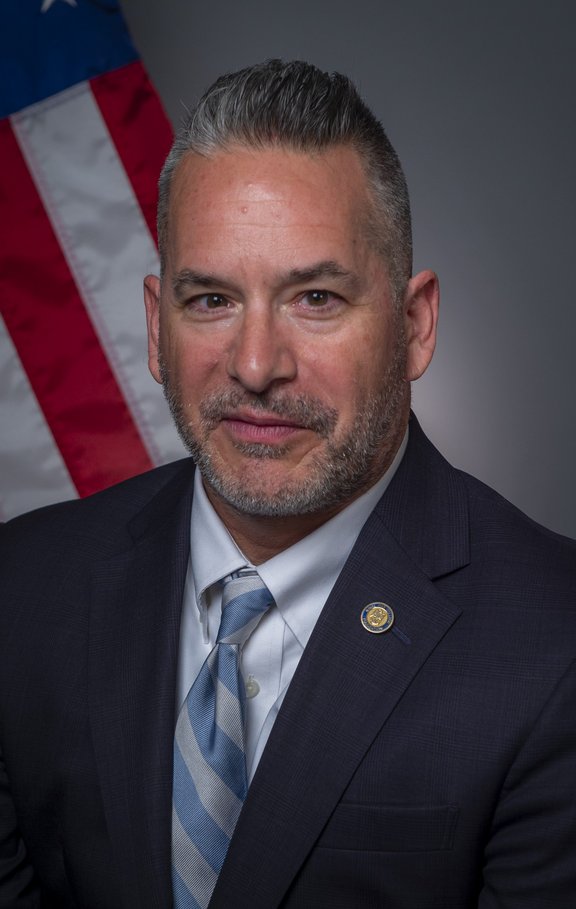 Mr. Brett Vaughan assumed the role of Navy Chief AI Officer in December 2019 under the Navy’s Office of Digital Transformation (SECNAV OCIO / OPNAV N09D).  Prior to that he was, and still holds, the position of Artificial Intelligence Portfolio Manager for the Office of Naval Research (ONR).  He is responsible for shaping and informing Navy plans, policies and position on Artificial Intelligence and the alignment and coordination of AI work across ONR and is the principal agent for AI-focused engagement on behalf of ONR, the Chief of Naval Research, the Chief of Naval Operations and the Secretary of the Navy.

Prior to joining ONR, Mr. Vaughan served as Science and Technology Integration and Innovation Lead on the Chief of Naval Operations Staff, OPNAV N2N6FX, Information Warfare from 2010 - 2019.   Responsible for driving science and technology (S&T) gain across the Information Warfare portfolio, support to strategic S&T decision-making and related technology outreach and engagement.   His previous assignment was Section Head for Technology Outreach under the Knowledge Dominance Directorate of N2N6.  Mr. Vaughan entered Navy civilian service in June 2009, attached to the Strategy and Concept Development branch of OPNAV N20, where he was responsible for technology strategy development and concept innovation.

Prior to joining the Department of the Navy, Mr. Vaughan spent a twenty-year career with the National Geospatial-Intelligence Agency (NGA).  Prominent assignments with NGA included: NGA Pentagon Liaison Division Chief, NGA Defense (2009-2010); NGA Liaison to the CNO N2 Staff (2003-2009); NGA Liaison to the JCS Joint Staff (1997-2002) and Operations Engineer (1995-1997).  Mr. Vaughan entered federal service in 1989 after working as a cartographer for the City of Virginia Beach Mapping and Surveying Department.

Mr. Vaughan is a distinguished graduate of the U.S. Naval War College, earning a Masters of Arts in National Security and Strategic Studies.   He also holds a Masters Degree in Environmental Science from Johns Hopkins University and a Bachelors Degree in Geography from the University of Mary Washington where he also completed five semesters of Russian language studies.