How is data hoarding contributing to global energy wastage? 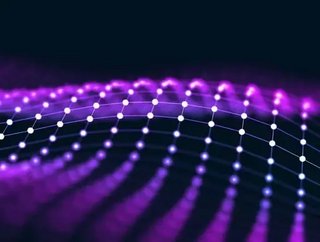 Combatting the accumulation of 'dark data' may be an essential step towards mitigating the carbon impact of IT...

Governments around the world are hoping that the behavioural changes seen as a result of the Covid pandemic will help to kick start widespread green economic recovery.

Businesses everywhere are making their own optimistic commitments. United Nations Framework Convention on Climate Change, (UNFCC) reports substantiate this. They have announced that levels of commitment to reaching net zero emissions have roughly doubled in less than a year, with 2040 being a common target goal for zero emissions. Around 22 regions, 452 cities, 1,101 businesses, 549 universities and 45 of the world’s biggest investors are pushing for a green recovery. Amazon is among them and now running TV advertising to publicise its carbon free goals.

Much of the current discussion around achieving carbon neutrality focuses predominantly on cutting down on the consumption of plastics, reliance on fossil fuels, adopting sustainable production techniques, improving biodegradability of packaging materials and so on. These are clearly really important but so too is cutting the energy emissions waste associated with data centres - especially among the predominantly service-based, ‘information industries’.

There are now well over 8mn data centres globally according to Statista and they consume vast amounts of electricity - generating carbon emissions that dwarf the airline industry. Knowledge or information industries might not have the same obvious sustainability concerns as manufacturers and retailers, but they are no less polluting when it comes to storing their data.

The reason why is because one thing almost all organisations have in common is what Gartner describes as ‘dark data’. These are big data information assets that are collected, processed and stored during regular business activities – and especially in relation to digital transformation programmes - but are generally useless for other purposes. For example, analytics and business relationship management. It is rather like the dark matter in our universe, which CERN estimates to comprise around 27% of all matter, except that the concentration of dark data is much more prevalent. Within a typical organisations’ universe of information assets, experts are suggesting upwards of 50% of what’s in the data centre is dark data. It is the organisational equivalent of hoarding, with few having a strategy or automated processes in place to understand what is being stored and manage data across its lifecycle.

Managing dark data is a problem because data centres require vast amounts of electricity. In 2020, energy consumption of data centres is expected to account for 3.5% of total worldwide carbon emissions and is expected to grow to nearly 40% by 2040. By 2025, they are expected to consume 20% of the world's electricity - more than any other sector. It is equivalent to what the Organisation for Economic Co-operation and Development (OECD) countries’ food, iron and steel, and paper industries combined are currently consuming. Organisations are focusing on cutting their use of red diesel and plastics, but what about the environmental cost of their data? Poor data management is a serious (and entirely avoidable) waste problem that’s growing at an exponential rate.

It is not exactly surprising to learn so much data is being created. We are in the middle of the ‘fourth industrial revolution’, a ‘big data’ era where organisations everywhere are investing in digital transformation, Internet of things, cryptocurrency investing, AI, blockchain, automation, e-commerce, online wealth management e-banking, telemedicine. Data lies right in the centre of all these strategies and coupled with these new applications for data comes an increased compliance requirement.

Although industry regulations vary, large amounts of transactional data must be retained for compliance purposes, often for decades. In a world where the volume of data is quadrupling every five years, this just adds to the environmental and financial cost of managing its ongoing storage. In fact, research has shown that only a fraction of the data organisations hold in their systems – around 10 to 15% - is actually being used. The rest is legacy information, much of it totally redundant.

So returning to those original calculations, if 40% of current carbon emissions are coming from data centres which are consuming up to a fifth of electricity; and if 50% of the data stored there is dark data, with only 10% actively being used, that is a lot of wasted energy resource. Reducing this would have a significant positive effect on organisations’ net zero targets. What can be done to minimise this wastage and only store the data that is actually needed?

For an average mid sized organisation that holds 1000TB of data, the cost to store non-critical information is estimated at more than £550,000 annually. These estimates reflect what we are witnessing amongst our clients, many of whom are actively focused on reducing their carbon footprint. For example, a well-known drinks manufacturer has been working with TJC to review their enterprise data and reduce unnecessary energy consumption through automated data archiving projects. So far, this work has meant them being able to identify 55TB of dark data that could be archived, reducing energy consumption by 149%. Although we all appreciate the financial arguments are only one aspect of the issue, in monetary terms alone, this equated to them saving over $2.3mn.

It is not surprising that the UN is reporting such a huge increase in organisations making public announcements about their decarbonisation plans. 80% percent of consumers say they most admire brands that demonstrate a commitment to sustainability. But if organisations and governments really want to prioritise achieving net zero targets by 2040 or earlier, much greater attention should be directed at the data they are consuming energy to store, with information lifecycle management needed to reduce waste at all levels.

What practical steps can organisations be taking now to cut the energy waste associated with data storage?

Mani Singh is an SAP consultant at TJC-Group, the SAP software and consultancy specialists.