Oracle opens one of MEA’s most secure data centres 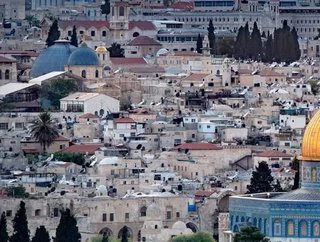 In partnership with Bynet Communications, Oracle is opening a hyperscale data centre 50 metres below Jerusalem...

Global cloud provider Oracle has spun up a new cloud region in Israel with the opening of its hyper-secure hyperscale data centre in Jerusalem.

“This is an important step toward the upcoming opening of the Oracle Israel East Cloud region,” said Navon at the press event, reported by the Jerusalem Post.

“With the new Cloud region in the capital city of Israel, Oracle is once again proving its commitment to the State of Israel and to Israeli customers and ensures a second-generation cloud infrastructure with the strongest performance at the highest level of security.”

Oracle won the project last year, reportedly beating out Amazon Web Services with its tender offer (reported to be in the realm of several hundred million dollars).

This week’s announcement comes at an opportune time for Oracle, as the Israeli government (with its chequered past with regard to human right violations) plans to move much of its infrastructure and services to the cloud this year as part of the sweeping Nimbus Cloud project.

“The establishment of the first public cloud in Israel, specifically in Jerusalem, will contribute to the further development of the city’s technology,” said Lion.

The new facility, which places significant emphasis on security, is located 50 metres underground and reportedly spans “thousands of metres” of floorspace.

The site’s security standards have been designed to provide advanced cloud services to customers in need of high levels of security, like banks, insurance companies, infrastructure organisations and the Israeli defence department.

Oracle reportedly plans to establish 38 cloud regions globally by the end of 2021, one of the fastest expansions by a cloud provider in history.