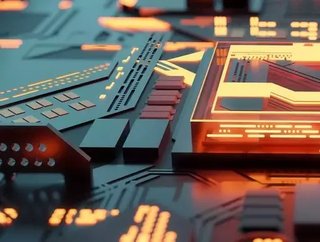 The facility will house up to 10 quantum supercomputers on the University of Maryland’s campus...

IonQ, in partnership with the University of Maryland, has unveiled its new data centre located in the Maryland Discovery District.

The facility, which was funded in part by a $5.5mn grant from the University of Maryland (and partly by a recent round of funding from several investors, including defence contractor Lockheed Martin), spans 23,000 square feet and has been purpose built to be one of the world’s first quantum data centres.

The new data centre can accommodate 10 quantum computers. IonQ also says that, as its machines become increasingly compact and powerful, the facility will be able to scale up the number of machines it can host with each successive generation.

"Our quantum data centre solidifies IonQ's position in leading the race to build quantum computers able to tackle problems not yet solvable," said Mahsa Dornajafi, Vice President of Finance and Operations at IonQ, in a company press release.

"This dedicated space will empower our employees and researchers with the best equipment and resources needed to continue advancing the field of quantum computing."

The announcement comes off the back of IonQ’s recent launch of the company’s most powerful quantum computer to date - claiming the device packs an even bigger punch than the most powerful machines at IBM or Google - featuring 32 perfect atomic qubits with low gate errors and an expected quantum volume greater than 4,000,000.

IonQ President and CEO, Peter Chapman, commented at the time that, "Depending on the application, customers will need somewhere between 80 and 150 very high fidelity qubits and logic gates to see quantum advantage. Our goal is to double or more the number of qubits each year. With two new generations of hardware already in the works, companies not working with quantum now are at risk of falling behind.”

Currently, IonQ is working on the next three generations of its quantum computers, each of which it predicts to demonstrate exponentially increased performance over its existing machines.

Even as the high performance computing (HPC) data centre segment begins to pick up steam, the requirements of data centre architecture to support quantum computing could be a major growth area on the horizon. University of Maryland President Darryll J. Pines believes that the new IonQ facility will have a pivotal role in the ushering of quantum computing towards more mainstream applications.

"Quantum computing technology will mature in this important new facility, and we are proud to partner with IonQ on it. The new data centre—with all its capabilities—will enhance our standing as a major international centre for the development of quantum science and computing."