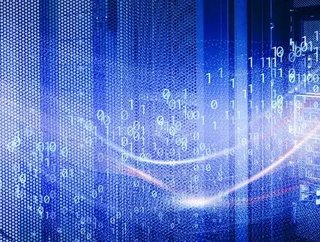 Data Centre Magazine explores how IoT is driving data centre disruption, and taking a look at some of the companies at the forefront of these trends...

The rapid expansion of the Internet of Things (IoT) is having a profound effect on companies in every market and vertical across the world. Gartner estimates that by the end of 2020, the global IoT market will grow to exceed 5.8 billion endpoints. That’s a 19% growth rate year-on-year. Back in 2015, Cisco’s Global Cloud Index predicted that Data centre IP traffic will grow at a CAGR of 27% between 2015 and 2020 to 15.3 zettabytes per year. The report also suggests that the total connected IoT devices by the end of this year could be generating as much as 50 zettabytes of data. As IoT devices both change the way that data is flowed, stored and processed, and significantly increase the quantities of information being generated, the disruptive implications for the data centre industry are staggering.

"IoT deployments will generate large quantities of data that need to be processed and analyzed in real time," said Fabrizio Biscotti, research director at Gartner in a recent press release. "Processing large quantities of IoT data in real time will increase as a proportion of workloads of data centres, leaving providers facing new security, capacity and analytics challenges.” The wealths of distributed data that the IoT is producing spell a number of challenges for data centre operators.

A recent report by Bain & Co notes that “given the progress in sensor technology, 5G connectivity, edge computing and edge analytics, and an estimated 20 billion devices connected by 2020, there’s little doubt of the potential for technology to vastly improve efficiency and no doubt that the IoT will have to manage it.”

The flow of data - traditionally outwards from a centralised data centre to enterprises - is being reversed as IoT traffic will see huge amounts of data, made up of vast numbers of smaller data packets generated by individual devices, flowing into these data centres. Joe Skorupa, vice president and analyst at Gartner, explains that, “Existing data centre WAN links are sized for the moderate-bandwidth requirements generated by human interactions with applications. IoT promises to dramatically change these patterns by transferring massive amounts of small message sensor data to the data centre for processing, dramatically increasing inbound data centre bandwidth requirements.”

The incredible proliferation of endpoints driven by IoT adoption is elevating security threat levels, as malicious actors find themselves able to gain access to networks through an array of new smart devices. Lastly, the IoT revolution is starting to completely restructure the global data centre architecture in a way that could potentially spell doom for hyperscale data centre infrastructure entirely, as the market pivots towards a race to the edge.

Data centre operators need to be aware of these trends, as those who react quickly have the potential to drive their slower competitors out of the market. Here, we explore the key factors in the data centre IoT-evolution, and take a look at some of the companies at the forefront of these trends.

While most people’s first hand experiences with IoT probably centre around wearables like the Apple Watch, or even Samsung’s Smart Fridge, the majority of industrial and commercial IoT devices are sensors. They collect data and share it instantaneously with their network, helping companies better monitor job sites and offices.

While the IoT explosion is placing new kinds of pressures on data centre operators, these same operators are poised to benefit massively from their own IoT adoptions. Across the industry, the lifecycle of data centres averages between 10 and 15 years. During this time frame, the centre will need to support scalable expansion and up to three new generations of IT infrastructure. Understanding the capabilities of these infrastructural components will be essential for data centre operators looking to stay agile. “Through understanding of performance and optimisation of infrastructure, IoT deployment will touch on all elements of power distribution and protection, cooling systems and associated subsystems,” notes a recent report by Irish Advantage. “It will also encompass data cables, racks and physical structures, facility management systems including those for the building, networks and infrastructure, and systems for security and fire protection.” Companies like AKCP - a US-based SNMP based monitoring system firm - are incorporating IoT sensors into their smart rack offerings, allowing operators to better measure temperature and humidity, and perform preventative maintenance.

"The enormous number of devices, coupled with the sheer volume, velocity and structure of IoT data, creates challenges, particularly in the areas of security, data, storage management, servers and the data centre network, as real-time business processes are at stake," explained Skorupa. “The recent trend to centralise applications to reduce costs and increase security is incompatible with the IoT. “

The colossal increase in data from a vastly increased number of endpoints is a huge source of threat for data centre operators. Despite total market spending of $13bn every year on data centre security, attacks (and breaches) persist. This is a tricky situation, however, as data centre operators themselves don’t control the vast majority of IoT devices feeding information into their systems. Often, only one of those devices needs to be compromised for the entire system to be rendered vulnerable.

“Imagine a garage door opener with the added functionality to deactivate the home alarm upon entry. This is a convenient feature for a homeowner entering their home in a hurry. However, now the entire alarm system could potentially be deactivated when only the garage door opener is compromised,” posits a recent report by Deloitte. “The broad range of connectable home devices - TVs, home thermostats, door locks, home alarms, smart home hubs, garage door openers, to name a few - creates a myriad of connection points for hackers to gain entry into IoT ecosystems, access customer information, or even penetrate manufacturers’ back-end systems.”

Traditional methods like firewalls are no longer effective on their own, as data centre networks expand closer and closer to the edge. In 2019, there were 1,473 data breaches in the US alone, and IBM’s Ponemon Institute estimates that the average cost of a single breach is typically in the realm of $3.5mn. Unfortunately, there’s a common consensus that the IoT manufacturing industry is moving faster than its cyber security solutions can keep up. “A lot of the manufacturing behind IoT devices today feels like the Gold Rush… everyone wants to get there in a hurry,” John Cook, senior director of product management at Symantec, said at the 2018 RSA conference. “You effectively have people staking out a claim in the area without further thought to security.”

According to Alan Grau, VP of IoT and embedded solutions, at Sectigo, the solutions to these problems lie where the problems themselves are occurring: at the edge. “Traditional security applications like antivirus and firewalls do not work with these devices that are out beyond the enterprise’s network. Rather, powerful, cohesive encryption algorithms and certificate-based authentication are a must,” he explained in an article last year. “The devices and processors living at the Edge must each be hardened against attack. Robust identity verification and encrypted data transmission are two critical components of this approach.”