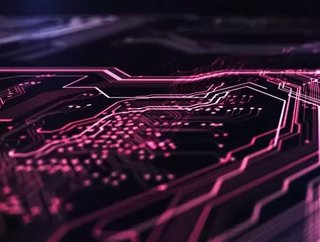 The revolutionary technology will be ready for mainstream use by 2023...

As IonQ, the world’s leading quantum computing hardware and software company, reveals a new rack-mounted quantum computer for data centres, the race is on to go commercial with the technology.

The state-of-the-art system, which according to recent press reports is still at the prototype stage, is the size of a workstation, and uses a single Quantum chip ‘the size of a half dollar’.

IonQ already opened its first quantum data centre in October this year, with 23,000 square feet of computing space in Maryland’s Discovery District. The company has also invested heavily in the development of a general-purpose trapped ion quantum computer and software system to generate, optimise, and execute quantum circuits.

With the volume of global data traffic increasing at an exponential rate, modern computing which uses binary as a basis for calculations is already struggling to tackle the demands of the day.

Current – or ‘classical’ computers work by storing data in a series of ‘0’s and ‘1’s, called bits. But Quantum computing is a new technology that uses quantum physics and the quantum mechanics phenomena of superposition and entanglement to massively speed-up information processing.

This allows groups of qubits in a quantum computer to store more data while using less energy than a classical computer could when using the same number of bits. Forecasts suggest Quantum technology could accelerate the learning process of AI up to thousands of times, thereby reducing years of learning to mere seconds.

Essentially, Quantum computing will change the world and leave our present computer systems looking prehistoric by comparison. The technology has the potential to transform scientific and medical research, communications, AI, transportation, industry and more.

As a result, the market for Quantum computing is becoming increasingly competitive. Earlier this month, Chinese scientists at the University of Science and Technology of China in Hefei, claimed to have built a quantum computer so advanced it can perform nearly 100trn times faster than the world's most advanced supercomputer.

Last year, Google also announced its developers had created a quantum computing breakthrough with a processor that handles the same amount of data in seconds, that would take classical computers 10,000 years to analyse.

And in June 2020, Japan entered the supercomputer race, with a machine which is 2.8 times faster than Google’s technology.

Indeed, the race to become global leaders in Quantum technology has even been marred in claims of espionage. Last week, it was revealed that researchers in Ultracold Quantum Matter at Oxford University had unwittingly shared their findings, which could create 'unhackable communications and radar’ with a leading Chinese military university, much to the horror of the MOD and several British MPs.

The fact that data centres could be utilising such technology by 2023 sets the stage for some mind-boggling changes in the data storage industry.

The IonQ Quantum facility, which cost $5.5mn, is already working to speed up advancements in research, innovation, learning, economics and social benefits. In September, IonQ also unveiled its next-generation quantum computing system which, according to reports, features “32 perfect atomic qubits with low gate errors and an expected quantum volume greater than 4,000,000.”

The company plans to launch its rack-mounted technology on the mainstream market by 2023. According to a recent interview with its CEO and president, the difficult work has been done and manufacturing the chips and hardware will be the easy bit.

The Quantum system, they say, doesn’t even need the same cooling system support as other Quantum models, such as those developed by competitors like IBM. The plan for scaling the technology and launching it fast is already in motion.

IonQ CEO and president Peter Chapman recently told Tech Crunch, “As soon as you get to 2023, then you get to go to scale in a different way, which is, I just tell somebody in Taiwan to start and give me 10,000 of those things. And you get to scale through manufacturing, as well.”

But aside from data centres, IonQ also has plans to launch the first Quantum powered desktop computer by 2025. The company believes its systems will be strong enough to achieve a broad quantum lead across a wide range of use cases.

The implications of such a move are revolutionary as vastly improved computer efficiency has the power to transform so many key areas. Already, scientists hope that quantum simulations could even help find a cure for Alzheimer’s. Essentially, Quantum computers are useful wherever there’s a large, uncertain and complex system that needs to be analysed.

Arguably, IonQ’s greatest breakthrough has been its ability to pack much of the technology onto a single chip, essentially making it the embryonic SSD of Quantum computing technology. Speaking about the chip development, Chris Munroe, chief scientist for IonQ said, “In the solid-state platforms, they’re doing wonderful physics. They’re making a little bit of progress every year, but a roadmap in 10 years, based on a solid-state qubit, relies on breakthroughs in material science. And maybe they’ll get there, it’s not clear.”

He added, “But, you know, the physics of the atom is all sewn up and we’re very confident on the engineering path forward because it’s engineering based on proven protocols and proven devices.”