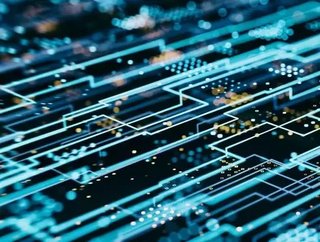 The South Korean MNO's new AI chip is the first to be developed by a mobile carrier for use in a data centre...

One of South Korea’ three leading mobile carriers, SK Telecom, has entered the semiconductor market with its latest innovation – an AI chip for data centres.

This is the first foray for the company into the industry and will enable SK Telecom to begin building a presence in the global AI chipset market, which Gartner predicts will reach $45bn by 2024.

Running efficiently using 20% less power than a conventional GPU, the SAPEON X220 leads to lower operational costs and is at around half the price of the current hardware. SK Telecom also claims the new chip can deliver 1.5 times faster deep learning processing speeds than a GPU.

An industry official told the Korea Herald, the new chip will be manufactured by Taiwan Semiconductor Manufacturing Co. (TSMC), the world's largest foundry firm. SK Telecom will then supply the chip to the South Korean Government for a data analysis service by the end of the year.

In 2021, the chips will also run cloud servers operated by Cast.era, a partnership venture with SK Telecom and the US-based Sinclair Broadcast Group.

SK Telecom’s recent innovation will generate massive revenue for the carrier as AI semiconductors are becoming essential in the management of big data flows in real-time at high speed.

The AI chip technology enables SK Telecom to increase its market potential and square up to new competitors in the semiconductor industry. Adversaries now include traditional GPU market leaders like Nvidia.

The demand for AI semiconductors will grow with the implementation of 5G networks globally, and as cloud developers identify new use cases. The increased speeds, better capacity, and ultra-low latency of 5G will also create a new era of consumer and business mobile applications.

Reports suggest SK Telecom will use the new chip to enhance its services while also making it available to affiliates and customers. The processor will be available as an ‘AI-as-a-Service’ product that partners hardware, software and algorithms, enabling users to create intelligent products.

Another goal is to strengthen the South Korean government’s technological aim in ensuring 5G and AI are a leading driver of the economy.

Experts believe the potential for AI is growing exponentially and South Korea wants to be part of the action. According to reports, though the nation is a world leader when it comes to 5G, AI is a weak industry in South Korea. Currently, they lag far behind when compared with developments in the US. In terms of government preparedness to use AI, Oxford Insights also only ranks South Korea 26th in the world for its AI developments.

But it’s only a matter of time before they catch up. In 2019, the South Korean government launched an AI national strategy to boost the domestic development of the technology. The country aims to be the world’s third most competitive digital economy by 2030, closing the gap with the United States. Investments of more than $820mn over the next decade will also support the nation’s AI semiconductor industry.

South Korea also has plans to invest $2bn by 2022 in AI research capabilities. This includes the creation of six AI graduate schools while funding for AI development and robot testing is readily available.

In a statement in May to the Korea Herald, SK Telecom Chief Technology Officer Kim Yoon said the carrier was developing the new AI chip through the government programme. He explained, “By connecting future AI chips with SK Telecom's AI, 5G and cloud technology, we aim to become a top global AI company.”