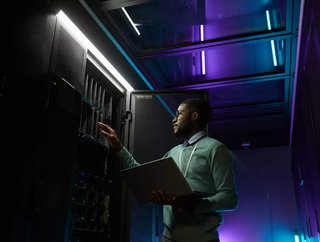 Data centre company Cloud Exchange has announced it has partnered with Huawei to launch Africa’s first uptime institute Tier IV modular prefabricated data centre. According to a statement by Cloud Exchange, the facility was in line with the expansion of its service offerings from systems integration, hybrid cloud infrastructure to Tier IV data centre colocation, interconnection, managed network and security, private and public cloud services.

Glad Dibetso, CEO of Cloud Exchange, said that the development of the data centre was partly due to Nigeria’s growing digital economy. “The tier IV data centre vision was born from the burning platform we were on in 2016. We had an audacious vision to build the first African Tier IV Prefabricated data centre certified by Uptime Institute. We wanted to be part of the solution by finding tailor-made solutions fit for purpose and pragmatic for the continent. Infrastructure, especially in ICT, has continued to hold the continent back. We knew that for Africa to fully participate in the future, we all need to improve ICT infrastructure as it is the bedrock of digitalisation,” he said.

Dibetso claims that the centre is the first green facility to be free of air and noise pollution, and also from the effects of FM200 contamination seen in West Africa.  Adetoyese Oyerinde, Head of Data Centre and Operations at Cloud Exchange West Africa, said the facility promised a minimum of 99.995 per cent availability.