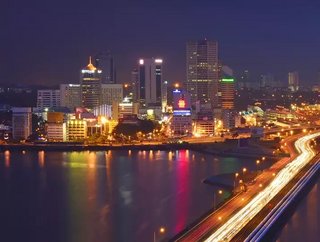 The site, located in the city of Johor, will expand GDS Holdings’ Southeast Asian platform with an additional 54 MW of capacity.

Chinese data centre developer and operator GDS Holdings is expanding its platform into the Southeast Asian region in response to growing demand for digital infrastructure and cloud services.

The company, which currently operates seven cloud regions located mostly in mainland China, has announced its first Southeast Asian campus - a hyperscale facility located in the Malaysian city of Johor.

According to details released by GDS regarding the site’s initial design specification, the greenfield development - which is located in the Nusajaya Tech Park, “immediately adjacent to Singapore” - will be developed into a hyperscale campus comprising a total net floor area of approximately 22,500 sqm, with 54 MW of total IT power capacity.

The first phase of construction is expected to be completed in early 2024 and bring the site’s initial capacity to 18 MW.

“We are very excited to take the first major step in the execution of our regionalization plan with this strategically located project in Johor,” said William Huang, GDS Chairman and CEO.

He added: “Our home market Chinese customers see great potential for digital transformation in Malaysia and the South East Asia region. They are strongly supportive of our development strategy.”

Due to its proximity to Singapore - a leading global market that is still languishing in the grip of a governmentally-imposed moratorium on new data centre builds - and growing domestic digital economy, Malaysia has become an attractive investment site for data centre and cloud companies over the past few years.

In April of this year, Microsoft announced plans to establish its first Azure data centre in the country, and Chinese cloud giant Alibaba also operates a cloud region in Malaysia. Local officials are working overtime to attract additional investment to the country’s growing industry, particularly as they begin to compete more and more with the simultaneously booming data centre market in the Philippines.

“We are thrilled to welcome this investment from GDS and the data centre expertise they bring to Johor,” said Dato’ Haji Hasni bin Mohammad, Chief Minister of Johor. “Their presence in the Nusajaya Tech Park is the perfect complement to our agenda to drive development in digital transformation and solidifying Johor's strategic location as a hub for regional growth.”

Arham Abdul Rahman, CEO of MIDA, added that “Malaysia is privileged to host GDS’s data centres in the country. The data centre industry has been a key aspect in building the country’s digital economy, especially in new job creation and inspiring digital upskilling of the local workforce and businesses.”