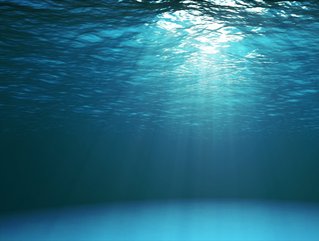 Subsea Cloud is putting data centres 3,000m below sea level to make them more secure. It also contributes to sustainability and lowering latency

Subsea Cloud is proposing to put data centres 3,000m underwater to increase security and reduce latency by up to 98%. The company has recently announced in a press release that it has cleared initial testing for the concept, confirming its feasibility for sustainable subsea data centres.

The company claims that the statement of feasibility “is the first milestone in allowing data centres to be placed subsea, drastically reducing U.S carbon emissions.” Subsea Cloud co-founder and CEO, Maxie Reynolds, said: “After completing initial pressure testing of our underwater data centre pods, we are happy to confirm structural integrity and optimal performance targets were reached at depths of 3000M (9481ft).

“This is an important milestone towards our ambitious target to deploy hundreds of subsea data centres, starting in 2022 and a major step towards decarbonising them completely by 2026,” she added.

Subsea Cloud’s centres will be installed in a modular fashion providing green, affordable data centre infrastructure. The first ten pods to be deployed will aim to offset more than 7683 tons of CO2 compared to an equivalent land-based centre.

Subsea's press release says the data centres will be aimed at healthcare, finance, and the military, and will use no water or electrical cooling and the company undergoing a sustainability assessment with Gold Standard, a voluntary carbon offset program focused on progressing the United Nation's Sustainable Development Goals (SDGs).

This isn’t the first time data centres have gone deep underwater, however. Chinese company Highlander announced last month that it had signed an agreement to build a commercial underwater data centre at Sanya, a coastal city on the South of Hainan Island.

The project will cost US$880mn and is claimed to be the first commercial data centre to be put undersea. It aims to boost the Hainan Free Trade Port and aligns with the city’s five-year plans, which are in support of underwater data facilities as a means to reduce cooling costs and save emissions.

Hainan also announced a plan to chain 100 modules or "data cabins" together on the sea bed, creating a more substantial facility.