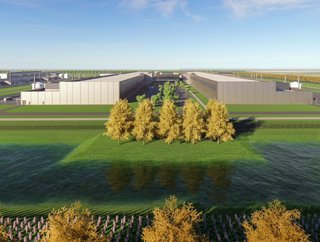 After considerable challenges and popular pushback, Meta has officially ended its plans to build a new hyperscale data centre in the Netherlands

Meta has now - after a long back-and-forth period of delays and restarts - officially ended its plans to build the Zeewolde data centre.

Why has Meta cancelled its Zeewolde data centre project?

Being one of the largest, most influential companies in the world, you’d think that there’d be very few things that could stand in the way of Meta’s plans.

Having first been revealed last year, the project would have become the largest data centre in the Netherlands, spanning five data halls and consuming 200MW when complete.

But, in the case of the Zeewolde data centre, there was simply too much pushback for the company to manage. Firstly, a ban on new data centre constructions in Flevoland was announced by the Netherlands government, just after Meta’s new data centre was proposed.

Then, even though it was initially approved by Zeewolde, in late 2021 the Dutch Senate decided to pause the sale of some of the land that Meta intended to build on.

Following this, in March this year, the Netherlands government voted to stop any preparation on the site, as debates regarding whether or not the land should be sold to Meta continued. Then, in April, the decision was made to not sell the government-owned plot.

Although Meta initially stated that it would step back and review its options, it has now announced that the project will be officially called off.

"When considering a location for a data centre, our priority is a good match with the environment. Ultimately, we decided that building a data centre in Zeewolde is not the right investment," a Meta spokesperson responded, in a recent local media statement.

In the statement, the spokesperson added that Meta and Zeewolde were not successfully collaborating "to conclude this project efficiently."

This terse relationship comes as part of a long-standing Dutch hostility towards hyperscale data centres, which were banned in February by the Dutch government for nine months. Then, in June this year, the Dutch cabinet decided to re-permit hyperscale construction, but under strict regulations.