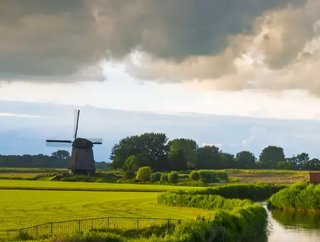 Microsoft’s data centres in Hollands Kroon could cause water shortages, leading Microsoft to announce that it will use rainwater to cool its facilities.

The sheer volume of water consumed hourly by the average hyperscale data centre is creating problems for operators and - more importantly - the people who live nearby.

On the Agriport development site - a massive data centre industrial park in the Dutch municipality of Hollands Kroon where both Google and Microsoft already operate hyperscale facilities, with plans to build more - it has been estimated that data centres consume 525 cubic metres of drinking water every hour.

That’s about 4.6mn cubic metres every year. For context, that’s 1,840 Olympic-sized swimming pools. For even more context, The U.S. National Academies of Sciences, Engineering, and Medicine put the recommended daily intake of fluids for an adult male at 3.7 litres of water per day, meaning that the average adult male needs just over 1,350 litres of water every year. Given a cubic metre of water is 1,000 litres, the data centres on the Agriport development are currently drinking the equivalent water required to keep about 3.4mn people alive every year.

As if that weren’t mind-boggling enough, there are currently plans underway to build a further five facilities on the site, which would increase water consumption by another 10mn square metres per year (another 7.4mn people, if we’re going to be keeping count).

According to a report released in March of this year, the population of Hollands Kroon (which numbers fewer than 50,000 people) could face serious shortages of potable drinking water if Google and Microsoft continue with their planned construction projects on the Agriport site. Microsoft was granted an environmental permit from the local government in January, but the decision was heavily protested by local farmers, while the company has already begun construction of its second data centre in the district.

From Consumer to Supplier

In order to rectify the issue - a move which seems to me more strongly motivated by a desire to save face - Microsoft announced recently in an interview with the Eenvandaag TV channel that it has made the decision to use rainwater to cool its data centres.

The amount of rainwater Microsoft says it will be able to collect in Hollands Kroon (annual rainfall in the Netherlands ranged between 736.6mm and 838.2mm) will be far more than is needed to cool the company’s data centre operations in Agriport. In fact, according to Microsoft, 70% of the water it gathers will be passed on to the local agricultural sector - as reported by Hortidaily.

The solution is more expensive for Microsoft than buying from local utility companies, as water is incredibly cheap in the Netherlands. But pressure from the local authorities - not to mention the negative press usually reserved for companies like Nestle - has prompted Microsoft to take the step to become a supplier of water to the local area, rather than its biggest consumer.