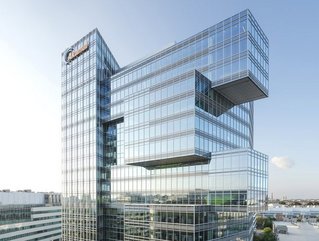 The deal has been described as ‘transformational’ and will allow Akamai to expand its global infrastructure platform from cloud to the edge. Commenting on the acquisition, Dr. Tom Leighton, Chief Executive Officer and Co-Founder of Akamai Technologies, said: “The opportunity to combine Linode’s developer-friendly cloud computing capabilities with Akamai’s market-leading edge platform and security services is transformational for Akamai.”

Leighton went on to say that Akamai has been “a pioneer in the edge computing business for over 20 years” and that the company is “excited to begin a new chapter in our evolution by creating a unique cloud platform to build, run and secure applications from the cloud to the edge.

“This is a big win for developers who will now be able to build applications on a platform that delivers unprecedented scale, reach, performance, reliability and security,” he said.

Who is Linode? The Infrastructure as a Service (IaaS) provider offering compute, storage, and developer tools

Based in Philadelphia, Pennsylvania, Linode is a privately-held Infrastructure as a Service (IaaS) provider that offers compute, storage,  and cloud orchestration tools for developers.

Christopher Aker, Founder and Chief Executive Officer of Linode, said: “We started Linode 19 years ago to make the power of the cloud easier and more accessible. Along the way, we built a cloud computing platform trusted by developers and businesses around the world.

“Today, those customers face new challenges as cloud services become all-encompassing, including compute, storage, security, and delivery from core to edge. Solving those challenges requires tremendous integration and scale which Akamai and Linode plan to bring together under one roof. This marks an exciting new chapter for Linode and a major step forward for our current and future customers,” he added.