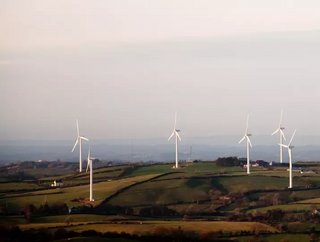 Ireland's data centres could be on track to consume almost three quarters of the national grid’s output by the end of the decade.

Ireland is in the grips of a data centre reckoning as one of Europe’s top markets faces increasing scrutiny over power consumption as the Irish Government tries to draw down its carbon emissions.

Dr Patrick Bresnihan of National University of Ireland, Maynooth, is expected to speak in front of the Oireachtas Committee on the Environment and Climate Change soon. According to Bresnihan, if all proposed data centre projects within the country are built, the industry will consume 70% of the energy generated by Ireland’s national grid by 2030.

Currently, the Irish data centre industry accounts for 1.58% of Ireland’s carbon emissions, which actually sits below the global average of around 2%. However, the meteoric growth of the country’s digital infrastructure sector, twinned with Ireland’s ambitions to achieve a national power mix that is 70% renewable by the end of the decade, is reportedly cause for concern.

Achieving the country’s climate goals will “undoubtedly be far more difficult with the addition of more data centres to the grid.”

“It is evident that Ireland shoulders more than a fair share of the energy and water burden of global digital activities,” said Bresnihan in a submission to the Oireachtas committee. “In a context where households are facing increased energy bills and carbon taxes, the continued granting of planning permission to energy-intensive data centres is already being perceived as unfair.”

The news will likely come as a further blow to the Irish data centre sector’s ambitions. Earlier this year, in June, a new bill entered the Oireachtas proposing a ban on all new data centre and natural gas processing projects. Deputy Brid Smith, who launched the motion, said at the time that “Real climate action can’t happen if we are simultaneously planning to have over half of any increase in renewable energy swallowed up by mega data centers by 2030. We can’t reach our commitments under Paris and pretend that we can allow 100 plus data centers over the next decade. Other states and cities have also looked to impose restrictions on their growth. We must act now if we are serious about the climate emergency.”

Bresnihan also raised concerns over data centres’ water consumption - an issue which is drawing a great deal of criticism for the industry, especially where hyperscale operators look to set up shop in water poor communities. Ireland isn’t water poor, but neither is the Netherlands, where Microsoft recently faced such virulent backlash from local farmers that it completely restructured its water usage policy. Not only does the average hyperscale data centre consume almost half a billion litres of water every day, but Bresnihan added that just one hyperscale facility uses the same amount of electricity as “a small city like Kilkenny”.