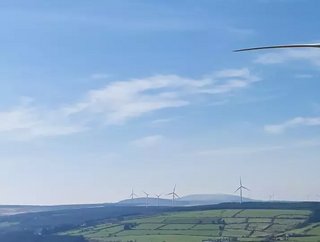 The new legislation proposes a complete ban on all new data centre developments, as well as fossil fuel-based infrastructure projects.

The Irish data centre industry could be in trouble. A new bill proposing a complete ban on new data centre developments, as well as Liquid Natural Gas plants, and new fossil fuel-related infrastructure, was introduced to parliament this week.

The bill is an amendment to the Planning and Development (Climate Emergency Measures) Bill 2021, and is currently in its first stage. Deputy Brid Smith launched the motion on Wednesday, drawing attention in her motion to recent research published by Ireland’s Marine Institute, which revealed that, “the target of reaching a reduction in greenhouse gas emissions of 51% by 2030 cannot be met if we continue to facilitate the growth of data centres in this country.”

Smith continued: “Real climate action can’t happen if we are simultaneously planning to have over half of any increase in renewable energy swallowed up by mega data centers by 2030. We can’t reach our commitments under Paris and pretend that we can allow 100 plus data centers over the next decade. Other states and cities have also looked to impose restrictions on their growth, we must act now if we are serious about the climate emergency.”

If initially successful, the amended bill will need to pass a further four stages of approval in order to be signed into law by the President. It potentially represents the harshest measures taken so far against an industry that faces increasing scrutiny for its consumption of energy and water in Ireland and beyond.

Irish utility firm EirGrid also revealed in a recent consultation that it may have to begin prioritising data centre project approvals in areas where the infrastructure doesn’t represent a strain on local renewable energy reserves. That could, according to a spokesperson for the firm, mean denying more than 30 proposed data centre projects currently seeking regulatory approval, as well as a growing trend of data centres being built farther afield from Dublin, towards Ireland’s West Coast.

In an interview with Irish newspaper, the Dáil, earlier this week, Smith called a future in which Ireland continues to build enough renewable power infrastructure to support the current rate of growth in the data centre industry, and meets the Irish government’s target of generating 70% of its electricity from renewables by 2030, “a fantasy,” adding that “Data centres are not essential for the future of our economy or our society. They are not great investments and they are only essential as a component of an economy built and structured on the needs of the corporate sector.