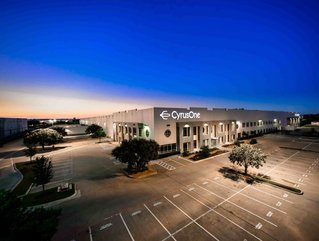 Under the terms of the agreement, DataBank acquired the data centre located at 4201 Southwest Freeway formerly known as the CyrusOne Galleria, as well as the Houston West Campus, which s located in Downtown Houston and is home to three data centres formerly known as West I, West II, and West III.

“DataBank has deep roots in Texas, and we are excited to strengthen our partnership in the state even further with this expansion into the Houston market,” said Raul K. Martynek, CEO of DataBank. “We look forward to bringing our digital infrastructure to the fourth largest metro in the U.S. This acquisition underscores our commitment to this market and our belief in its continued prosperity.”

DataBank was founded in 2005 in a former Federal Reserve Bank building in Dallas, Texas, USA. The building was converted into a data centre in 1999 after the company’s founders recognised the data centre market’s growing need for more personalised colocation solutions.

In July 2016, blue-chip investors led by DigitalBridge acquired DataBank, and the resulting team merged together C7 data centres, two assets from 365 Datacenters, and Edge Hosting. The company also built out several other data centres, including making a number of executive appointments.

Since then, DtaBank has increased its footprint from six data centres in three markets to 65 data centres in 29 markets. It has also enhanced its product capabilities in managed services, security, and compliance.