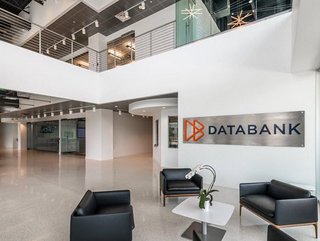 DataBank’s acquisition enables the launch of its fourth data centre and first campus in Atlanta, meeting growing customer demand for IT infrastructure

DataBank, a leading provider of enterprise-class colocation, interconnection, and managed services, has announced today that it has purchased 18 acres of land and an existing building located at 200 Selig Drive in suburban Atlanta GA. The property will become the future home of the “Lithia Springs Campus,” DataBank’s first expandable property in the Atlanta metro, as well as ATL4 – DataBank’s fourth data centre in the market.

The property is adjacent to an existing Georgia Power sub-station ensuring adequate power. It also supports DataBank’s plans to build a new data centre (ATL4) that will support 40MW of critical IT load, an initial footprint of 200,000+ square feet and expansion room for the facility as needed.

“ATL4 and the Lithia Springs Campus will greatly expand our capacity to serve the mission-critical IT infrastructure needs of customers in the Atlanta metro,” said Raul K. Martynek, DataBank’s CEO. “Long ago, we could see that Atlanta was becoming a preeminent data centre market and we’re proud to be part of the city’s continued business and tech community growth.”

The campus will be tethered via dark fibre to DataBank’s existing ATL2/3 complex which houses key connectivity nodes from Zayo Networks and other providers for metro, regional, and long-haul capacity. By purchasing the property, DataBank furthers its strategy of owning and controlling the real estate beneath its data centres, accelerates the pace at which it can bring online new capacity, and extends its already deep commitment to the Atlanta market.

The new facility is the second expansion announcement DataBank has made in the Atlanta market in the past six months, coming on the heels of the company’s December 2021 disclosure that it was doubling the raised floor capacity of its ATL2/3 complex in Atlanta’s West End. DataBank also owns the midtown ATL1 facility in the CODA complex which houses the Georgia Tech supercomputing centre.