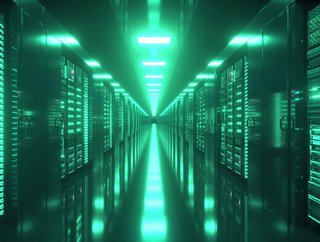 Businesses are wrapped up in the use of digital technology since the beginning of the industrial revolution. Huw Owen, Chief Executive Officer at Ark Data Centres Ltd, put this into perspective at Sustainability LIVE with the opening of the company’s talk, ‘The internet isn’t run by magic’.

Owen introduced the session with an overview of global accomplishments, including rail and building infrastructure, and now the internet, which has both encouraged sustainable growth but suffers its own flaws in terms of emissions.

“One man could put one post and it’s the equivalent of ten households’ annual energy gone,” Owen says.

By listening to Owen, the audience could gauge the scale and speed at which technology evolves. The pioneering CEO emphasised that services like social media, cloud computing, and digital ecosystems are all made possible by data centres, which require energy; that energy has historically produced carbon emissions.

Pip Squire, Design & Build Director at Ark Data Centres, joins the conversation with a background on Ark’s energy consumption and its adoption of renewable energy sources. At its Cody Park data centre, it has improved its energy usage by 28% against its 2014 baseline.

As the sustainability leader for the company, Squire explains Ark’s goal to achieve a 90% reduction in carbon emissions by March 2022, which means replacing all diesel from backup generators with Hydrotreated Vegetable Oil (HVO). The day-to-day running of the firm’s data centres is carried out with renewable energy, which is sourced three years in advance.

“By buying ahead, I’m telling my supplier [that] I’m going to buy over £1mn worth of electricity every month, in three years' time. So, make sure you’ve got all the renewable energy you need to support that demand, so we’re basically forcing the renewable energy market, the way the market is meant to work.

Squire continues the talk by discussing other critical areas in which sustainability can, and will, be achieved by the data centre company, including biodiversity projects—such as beehive and bat cave installations—as well as waste management and recycling, and carbon measurement for further emissions reduction.