How can data centres engage with utilities in 2022? 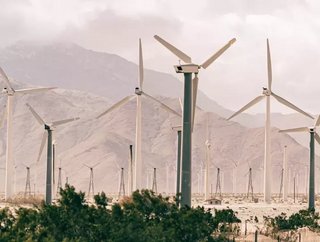 Ed Ansett, Founder, i3 Solutions Group, talks about how the data centre industry can interact with utilities and the effects the energy sector has on it Data centre operators who may feel over scrutinised and under sustainability pressures regarding the greenness of their operations could do worse than to consider what their peers in the energy sector are experiencing.

Many of them will have chosen a career in energy as a stable, mature and relatively unchanging industry. Today, they are tasked with nothing less than achieving the global decarbonisation of power systems in less than a decade.

This means achieving operational zero carbon by 2030 through the phasing out of fossil fuels and transitioning to renewables, whilst keeping the lights on. All the time assuaging the fears and concerns of governments, regulators, activists and the market about the speed and reliability of transition.

In the energy sector, legacy versus new means complexities.

- How to operate a fully invertor-based system without balance and inertia from traditional generators.

- The development of tools, data and metrics to analyse and plan a 100% green system in order to end uncertainty.

- Develop the control of the future – to harvest decentralised capacity.

As the grid decarbonises, the capacity and stability challenges will increase. Due to the asynchronous nature of renewable energy sources such as wind and solar, it is forecast that the closer the power system gets to being carbon zero, the greater the likelihood of an imbalance between supply and demand.

In order to correct this imbalance, it is likely that the power utilities will turn to the data centre sector to find additional decentralised, low carbon capacity due to the vast quantities of their underutilised energy storage and generation capacity.

How will a transitioning energy sector affect the data centre sector?

The implications for data centres are profound and raise many questions. For instance, how can data centres engage with utilities as they transition to net zero? What technologies are available for them to become part of a sustainable partnership ecosystem with grid operators? How much untapped power capacity do they already have? How can they provide and prove their contributions are verifiably low carbon and sustainable?

It is clear that both older and newer data centres have untapped capacity which could be made available to help with the greening of the grid. But just like the utility grid, data centre systems comprise a mix of old and new technologies. This raises a further question about how suitable current infrastructure is for providing clean energy.

Natural gas engines, for example, might be seen as a low carbon footprint solution to deliver dispatchable power back to the grid. Certainly, lower than some other fossil fuels. How “low carbon” is actually defined and measured has yet to be agreed, but it could be that utilities will reward those able to provide low carbon capacity. Such an incentive may spur data centre companies to invest in infrastructure to reap these rewards.

For data centres and the power companies, the end state is no harmful carbon emissions. For the data centre sector, that state might look like a world of closed carbon cycle bio-fuelled generators, and battery energy storage back-up being powered by excess renewable energy.

Achieving integration between the grid and data centres in this way will require a series of incremental steps, many of which are, as yet, unclear and undefined. It will require flexibility on both sides as well as the embracing of new business models to make it happen.

There are already plenty of initiatives planned and in progress. There is, for example, the promise of 100s of GWs of offshore renewable energy in the UK. There are also pilot projects within data centres for scaling up hydrogen powered operations.

The challenge is that to date, there has too often been a reluctance on the part of data centre operators to provide Demand Response services. This is in part due to a focus on their primary function – that of maintaining continuous power and cooling to the IT load. However, today DR could present a logical bridge to further collaboration.

In the data centre operator space one possible scenario is that a global giant - an Equinix, Digital Realty or CyrusOne on the commercial side or an Amazon or Microsoft cloud hyperscaler - agrees commercial power sharing deals with a utility. This could spark a rush to get some skin in the game.

But that begs a rather big question, if GWs of valuable power capacity exist inside existing data centres then doesn’t the lack of discussion between operators and utilities appear rather short sighted?

By ignoring demand response options data centre operators who don’t engage with an energy sector in transition could find themselves being left out in the cold, resulting in missed opportunities for gaining both new revenues and green credentials. For a traditionally conservative sector where margins are often under pressure, this would appear to be an unusually high-risk strategy.