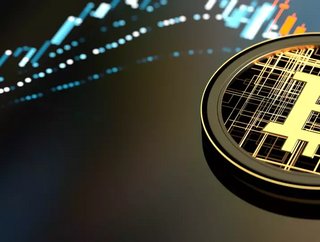 Cryptocurrencies such as bitcoin can present sustainability problems for data centres. We take a look at why this is the case.

The words ‘bitcoin’ and ‘cryptocurrency’ are becoming more well-known and they have several benefits such as accessibility and offering the ability to make mobile payments. However, they do propose a few problems for the data centre industry, and so we are going to take a look at some of them to find out why.

Sustainability and an expanding carbon footprint

Before looking at its impact on data centres, it’s important to address how it affects sustainability in general. As demand for cryptocurrency increases so does the energy used by mining operators to extract it. A few weeks ago, the CEO of Tesla, Elon Musk, announced that the company is suspending vehicle purchases using bitcoin “due to the environmental impact of the fossil fuels used in the process of mining the currency.

In addition, a New York bill plans to prohibit crypto mining centres from operating until the full environmental impacts have been assessed. At the time of writing the bill is still in its proposal stages but hopes to make the process of mining cryptocurrency more environmentally friendly once those impacts have been analysed. However, how does all of this affect the sustainability of data centres?

The effects of cryptocurrency mining on the data centre industry

In order for cryptocurrency to be mined, it requires specialised high-performance hardware to solve computational algorithms accurately, quickly, and efficiently. This hardware produces a significant amount of heat which then has to be cooled which is where data centres are needed. There is increasing demand for them to be equipped with the technology to handle such a vast amount of heat, and specialised data centres are able to achieve this thanks to immersion cooling, a liquid cooling technique developed for this particular purpose.

For instance, ASICMiner uses a liquid known as Novec to cool the heat generated from the hardware, a system that works with the use of several hardware racks positioned inside tanks containing the Novec liquid. As the hardware’s heat levels increase, the Novec cools it down as it converts from a liquid to a gas.

The decarbonisation of blockchain

Carbon is an ever-increasing problem in the sustainability industry. Many companies are looking for ways of reducing it by using carbon-free energy sources to help minimise its impact on the environment. This is also true of blockchain, as organisations such as the Energy Web Foundation and the Renewable Energy Business Alliance are attempting to decarbonise it as much as possible. They are considering options such as using the XRP ledger, a low-carbon technology, as a way to reduce emissions for blockchain and cryptofinance.

As a carbon-neutral solution, the XRP Ledger uses a security and validation algorithm called Federated Consensus, which is, on average, 120,000 times more energy-efficient than the current “proof-of-work” process which involves mining.

Due to bitcoin mining being extremely computing intensive, it needs more computing-related and electrical power to keep the process running. This impacts the sustainability of data centres, particularly as such facilities that have been specifically adapted to support bitcoin mining are usually 1 megawatt to 5 megawatts in power.

Despite this, however, it seems that liquid cooling may be the only answer to mining bitcoin. This is primarily due to the increasing popularity of the currency, which, with it, brings greater demand for the hardware to be cooled. As such, and with some data centres being able to house up to 92 blades in a tank, the process of cryptocurrency mining looks as though it will continue yet.