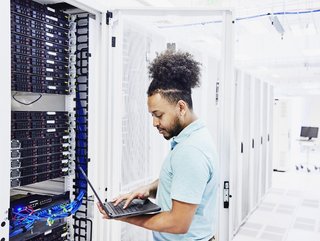 With the need for emissions reduction more dire than ever, we take a look at the data centre industry’s need for a more circular economy

In recent years, the global data centre industry has worked miracles. In 2015, the total energy consumed by the global data centre industry totalled approximately 189 terawatt-hours, with traditional enterprise and colocation data centres accounting for the lion’s share (97.62 TWh) of that consumption. Despite global data centre capacity growing significantly each year (especially in APAC), the total estimated energy consumption of the data centre industry in 2021 equalled 189 TWh. Despite adding Gigawatts of capacity each year, the aggregate power consumption in the industry has managed to remain essentially flat, as it increasingly transitions towards a cloud-centric model built around massive hyperscale campuses. These campuses leverage economies of scale and, most importantly, cutting edge innovations in hardware (from liquid cooling and renewable power to more efficient and powerful server designs) to flatten what could otherwise be an exponentially rising curve.

Capacity, computing power, and efficiency have all increased farther and faster than anyone could have expected - allowing the industry to, for a few brief years, at least, match both the need for more (more, more, more!) capacity while flattening operational carbon emissions. Data centres, at least from this operational perspective, work at a level of efficiency that is nothing short of miraculous.

However, this progress, innovation, and growth has a hidden cost.

“With the increasing shift to the cloud, hyperscale and third party hosting/colocation data centres, the IT equipment upgrade cycles are shortening to perhaps every two or three years, and certainly no more than five years,” says Andrew Gomarsall, MBE, the Executive Chairman of N2S.

With an unprecedented appetite for capacity, especially in the growing hyperscale portion of the industry, upgrade cycles are getting shorter as new technology is used to boost efficiency. However, as innovations (ironically often aimed at reducing the operating emissions of data centres) accelerate rapidly, “IT consumption volumes are accelerating enormously while the typical hardware life cycles are shortening due to this incredible acceleration in innovations,” he explains, noting that “While the data centre industry in general is clearly making huge strides in the race to net zero - through energy efficiency and other areas of sustainability, such as the use of 100% renewable power, on-site generation of solar and wind energy, more efficient servers, and cooling - there is still much more to be done to optimise the lifecycle of hardware.”

In short, despite messaging to the contrary, “We are still continuing to bend a linear model,” Gomarsall reflects. “A one-way, non-stop ‘cradle to grave’ linear economy is not only wasteful, it creates toxic gases with the asset disposal often being carried out thousands of miles away in Africa and Asia, poisoning local communities.”

Despite widespread efforts to draw down on operational emissions throughout the industry, the looming spectre of Scope 3 emissions (embedded carbon and other greenhouse gases released as a result of looking farther up a value chain, from building materials to the emissions created by shipping equipment from the point of manufacture to the data centre) needs to be addressed, and quickly.

A linear economic model, in which raw materials are mined, manufactured, used, and discarded, is no longer sufficient - especially as electronic waste (e-waste) continues to be one of the fastest growing, most environmentally damaging (not to mention economically wasteful) sources of emissions.

“In a linear economy, a data centre server is manufactured and, within around three years, it’s ready for decommissioning which typically means disposal and ending up in landfill or being burned,” says Gomarsall. “Often, still perfectly usable equipment is routinely discarded, and with almost 20% of it going straight to landfill or incineration (according to UN estimates), far too much material, precious metals, earth materials and other valuable components are being wasted.” Globally, more than 50 million tonnes of e-waste are generated each year (the equivalent of all the commercial aircraft ever built). If nothing is done, that figure is expected to more than double by 2050 to around 120 million tonnes.

“The material value of all this waste is unimaginable,” adds Gomarsall. “For printed circuit board waste alone, the UN puts the figure at $62.5 billion per year. These discarded components contain up to 40 rare and precious metals including gold, silver, platinum, copper and palladium. Many of the materials used are in increasingly limited supply, or hard to access and are lost due to ritual processes with a detrimental effect to our planet. The irony is, a circular economy would drive better quality yields of material, for example, one tonne of iPhones would deliver 300 times more gold than a tonne of gold ore and 6.5 times more silver than a tonne of silver ore.”

Whereas a linear economic model turns raw materials into a valuable good, then disposes of said good when its life cycle ends (the value of an iPhone drops from around a thousand dollars to essentially US$0 when it breaks), a circular economic model creates cascading levels of value as the good receives “at least a second, if not a third or fourth or fifth life,” Gomarsall explains, “following the initial usage phase, with it being refurbished and used again, perhaps by the same organisation as before, or resold on the open market and used by another organisation.”

He reflects that, “A more accountable and circular data centre economy model ensures assets are being responsibly reclaimed, refurbished, resold and reused much closer to home and, at the end of life, ethically and responsibly disposed and recycled by licensed operators.” The result isn’t just the much-needed decarbonisation of the data centre supply chain; potential benefits range from job creation and reduced supply chain issues to a healthier bottom line for data centre operators, as initial capital expenditures are recouped by selling still-functional, refurbished hardware to smaller operators. VIRTUS Data Centres, a leading data centre firm based in London, will sponsor Sustainability LIVE, coming to the city in February 2022…

Sail of the century for CDPLC