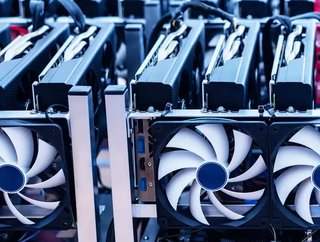 Around the world - particularly in Russia, Eastern Europe and China - the global rise of crypto currency values has been driving an en masse industrialisation of the mining process. The trend has been bubbling away for several years, as the home mining rig has largely found itself edged out by hyperscale server farms comprising some of the largest data centres anywhere in the industry - all designed to mine crypto.

The demands placed on a facility built and run as a mining operation are somewhat different to those placed on a hyperscale cloud facility or enterprise data centre. Reliability isn’t so much of an issue; if a mine goes down for a few hours, money is lost, but your data centre won’t take half the websites in Western Europe down along with it.

On the flipside, density and cooling are much, much more important. To make a crypto mining operation profitable, you need to be harvesting more crypto currency (be it Ethereum, Dogecoin, or the perennial Bitcoin) than you’re paying for electricity by a significant margin. As a result, some of the most efficient cooling and hyper-dense rack architecture from the past few years - like two-stage liquid cooling - has originated as a crypto mining solution. Now, hyperscale cloud operators in particular are recognising the benefits of these innovations and applying them to other aspects of the data centre industry. Crypto data centres have always been as dense as possible, with their racks running at maximum capacity all day, all year round. By contrast, the average enterprise or cloud data centre isn’t necessarily running at peak capacity 24/7; workloads fluctuate with demand. However, as that demand has skyrocketed over the past year in particular, cloud and enterprise operators have looked to crypto’s preference for liquid cooling as a way to run data centres closer to the ragged edge of performance than ever before.

One example of this is LiquidStack. The Hong Kong startup makes a revolutionary two-phase liquid cooling solution for data centres, which was developed over a number of years inside Bitfury, one of the world’s leading crypto miners. “Bitfury is sharing our knowledge with the global data center community and we are excited that Microsoft and other internet giants can benefit from our years of experience and investment to best practice liquid cooling,” said Joe Capes, CEO of LiquidStack in an interview with Data Centre Magazine.

Now, LiquidStack is going mainstream, with substantiated rumours that Microsoft is testing their DataTank solutions across its ever-expanding portfolio of hyperscale cloud regions.

One of the issues that liquid cooling solves is how to create ultra-dense server racks that can function at high temperatures. Crypto miners have been grappling with this problem for about a decade now, and the lessons they’ve learned are being happily adopted by the burgeoning data centre HPC market - which is swelling in response to greater AI adoption and increasingly-sizable data sets.

With the density that mining rigs can achieve, server architects are cramming hundreds of kilowatts into individual racks - although it should be noted that this is still relatively rare. A 2020 survey from the Uptime Institute still found that the average density of data centre racks was growing rapidly, however.

“We expect density to keep rising. Our research shows that the use of virtualization and software containers pushes IT utilization up, in turn requiring more power and cooling. With Moore’s law slowing down, improvements in IT can require more multi-core processors and, consequently, more power consumption per operation, especially if utilization is low. Even setting aside new workloads, increases in density can be regarded a long-term trend,” said the report.

In 2020, average rack densities of 20kW and higher became a reality for many data centre operator.

Now for the more worrying news. The industrial scale and massive power consumption inherent to the crypto mining business - and the negative attention that miners are now starting to receive from government - could point towards a concerning future for data centre operators in the wider industry.

Last week, the Chinese government announced that it would open an inquiry into the participation of Beijing’s largest data centre operators - which include the country’s three largest telecom firms - in crypto mining. At a time when the PRC government is attempting a significant reversal of its approach towards sustainability, the significant power draw of crypto mining activities may be one more hurdle than China cares to deal with.

The Indian government is mulling a blanket criminalisation of all crypto mining in the country and, in the US, the State of New York is also looking into tightening regulatory restrictions on the industry.

While crypto mining data centres are not the same as cloud or enterprise facilities, operators should be careful lest the ire of lawmakers be the latest trend to make its way from the crypto sector into the mainstream.