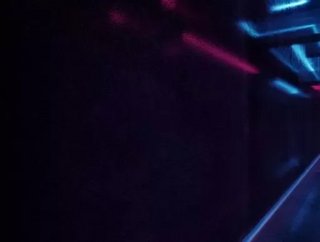 Mansour Karam, VP of Products at Juniper Networks, shares his tips for successfully evading, or at least surviving disruption this year...

On the consumer side of the technology industry, there are many ‘hits’ that actually bubbled away under the surface for decades before becoming overnight sensations. Last year’s mass exodus of the workforce from office to home is a case in point.

The IT industry pushed remote offices and collaboration for decades – video conferencing was invented in 1950 and BT tried to persuade us to ‘Telecottage’ in the 90s. It is only ‘events’, such as the COVID-19 pandemic, that really close the deal.

Nobody can predict ‘Events’. When they do take place, the speed of developments calls for emergency services - digital transformation performed at speed, over-achieving while under duress.

We can predict with a high level of certainty that 2021 will be a year of flux and the engine of digital transformation will be fine tuned by the latest technologies – intent based networking (IBN), SONiC, and new disciplines such as AI Ops, Data Ops and Security Ops.

Remote working and conferencing, like all applications and experiences, are at the top layer of the digital stack, where IT meets the public.

Intent Based Networking and AI

Deep down in the bowels of The Stack are the uncelebrated foundational technologies that make it all work. These are complicated concepts which use Artificial Intelligence (AI) to keep pace with the changes on the network.

IBN uses sophisticated techniques  to work out every connection that could ever be set up on a network. Every conversation, between every user on any gadget, with any field, on any database, in any hosting centre, is sacred.

Another important foundation will be Software for Open Networking in the Cloud (SONiC) because it will push for standardisation and close the compatibility gap.

This tech was devised by Microsoft engineers to meet their requirement to massively scale their networking infrastructure at the core of their cloud services. They met this requirement by embracing  Open Networking.

Microsoft open-sourced the network operating system (NOS) that is used in its cloud computing service, Azure and created a devoted community of partisans on Github. As a result, it has a powerful undertow of supply and enormous demand put on by the digital industry.

What apps and experiences will IBN, AI and SONiC cater for in 2021?

The "Zoom boom" that ushered in more remote networking and conferencing than ever before will continue apace this year. Events will create volatility in global economies with a powerful influence on critical industries such as financial services, insurance, retail, and transportation.

In turn, this drives the need for continued investment in the networking layer, as well as continued investments in  device management and cyber security. Cybersecurity Ventures reported a 600% rise in attacks on cloud services from every guise of criminal enterprises last year. Meanwhile, with a world shortage of 3.5mn security experts predicted for 2021, so many of these duties will be trusted to software, including RPA and AI. But it’s all going to be going off at the network layer.