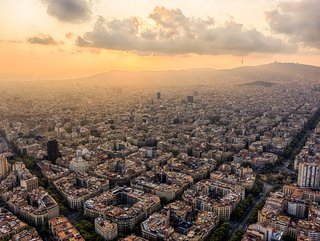 Interxion, a subsidiary of Digital Realty and the largest global provider of cloud- and carrier-neutral data centres, colocation and interconnection solutions, has announced today (6 May) that it is entering the Barcelona market with the acquisition of a land parcel that it intends to develop into a data centre campus.

The company claims that the new location will further enhance its position as the leading provider of digital infrastructure capacity in the Mediterranean region and Iberian Peninsula, including its presence in Marseille, Athens, Zagreb, and Madrid.

A report by Telegeography notes that international bandwidth in Southern Europe has seen over 30% compound annual growth since 2016, representing an overall increase in transmission capacity to the region of almost 200%. The new campus will be located at a key intersection point along the global internet highway across the Mediterranean region, connecting the Americas to the west, Africa to the south, and the Middle East and Asia to the east.

Barcelona is the fifth largest metro in the European Union and has the largest economy by GDP on the Mediterranean Sea. The city is an underserved data centre market and emerging as an important connectivity hub for network resiliency and diversity, complementing Interxion’s Marseille campus, which is established as Europe’s primary gateway hub to the rest of the world.

With the enhanced connectivity expected through this data centre campus, Interxion’s customers in Spain are expected to be able to reach almost 90% of the populations of the Iberian Peninsula and Southern France within a 4-milliseconds latency. Additionally, the new campus will enable enterprises and networks to not only exchange traffic within the region, but also to extend their services and expand their communities of interest across multiple continents.

Situated in the northeast of Barcelona in the municipality of Sant Adrià de Besòs, the land parcel has the capacity to house 15 megawatts (MW) of total installed IT power. Construction of the first data centre (BCN1) is expected to commence in 2022 with completion anticipated in 2024. The land parcel and future campus is strategically located to provide quick, direct, and resilient access to key subsea cable systems and interconnection points.

Jan-Pieter Anten, Joint Managing Director EMEA, Interxion comments: “The Mediterranean has established itself as one of the main points of interconnectivity between Europe and the rest of the world through its highly connected network of subsea cables. This move represents a critical step forward in expanding PlatformDIGITAL® coverage, further supporting our customers in deploying their critical services around the world as the need for data-driven services continues to ramp up globally.