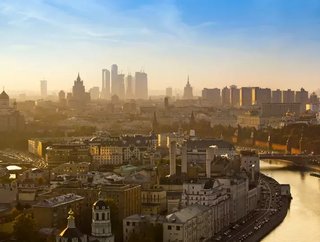 Rostelecom-DPC and DataLine are being merged to form DPC Technology Center, a new infrastructure as a service company for the Russian market.

Russian telecom and technology firm Rostelecom is merging its two data centre subsidiaries, Rostelecom-DPC and DataLine, into a single organisation. The new subsidiary, DPC Technology Center, will combine the experience and expertise of the two operators, in order to forge ahead with the expansion of Rostelecom’s data centre and colocation services business.

The process of merging the two firms has reportedly already begun, although no completion date has as yet been provided.

“The integration of processes in the united team is still in full swing, but a positive result is already visible; during our joint work, we have launched 1,500 new racks in Moscow and the regions,” said Yuri Samoilov, First Deputy General Director of Rostelecom-Data Centre and General Director of DataLine.

He added: “Our network of data centres covers almost all of Russia from Novosibirsk to St. Petersburg, and this is just the beginning. New projects are planned for the near future in Rostov-on-Don and Nizhny Novgorod, as well as the expansion of existing sites.”

The merger will, according to a statement released earlier this week by Rostelecom, “help optimise the maintenance of the largest network of data centers in Russia, provide Rostelecom Data Center customers with a uniform high level of service at all sites, as well as increase the efficiency of business and production processes, and allow for more flexible cost management.”

Rostelecom has been dramatically expanding its infrastructure portfolio in recent years. Currently, the state-owned operator is in the process of building Russia’s largest data centre, an 80 MW hyperscale facility attached to a nuclear power plant in the city of Tver. The first phase is expected to come online with around 4,000 racks by the end of the year.

DataLine was, until January of last year, the second-largest data centre operator in Russia, at which time Rostelecom acquired a 100% stake in the firm. According to Rostelecom’s President, Mikhail Oseevskiy, at the time, the acquisition “will support Rostelecom’s efforts to expand the range and increase flexibility of services through its growing portfolio.”

The merger between the telco’s two subsidiaries further solidifies Rostelecom’s position as a market leader in terms of footprint - a move likely motivated by growing competition from the private sector, led by foreign investment-backed firms like IXcellerate, which is currently in the process of building its second hyperscale campus in Moscow.