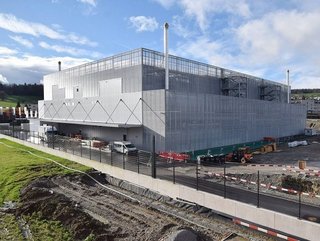 The Green, the Swiss data centre sustainability leader, has announced the launch of its Zurich data centre campus, and the first of three new facilities

Its new facility is the first of three that are set to be located in the company’s emerging Zurich Metro campus.

Green first announced its plans for the Zurich data centre campus in January 2021, with construction on the site starting that same quarter.

Once complete, its Metro campus will comprise 495,150 sqft of space, and span three buildings (labelled M, N, and O). The first of which (M) is now officially in operation.

The data centre was first occupied by consumers back in December last year. Currently, Green’s campus offers 60,275 sqft) of usable space, with scope for 80,000 servers.

“Data center M is a flagship project in terms of energy efficiency and sustainability,” commented Andrea Campomilla, COO of Green.

“We are constantly investing in innovation and are growing in a customer-oriented and sustainable way,” added Roger Süess, CEO of Green.

For example, the data centre’s wasted heat is intended to be used within a district heating system, which will heat over 3,500 buildings.

Green is the leading Swiss data centre and colocation service provider. Recently, Green was awarded the status of ISG’s Best in Class Switzerland Data Centre Leader, for the third year in a row.

Across its rapidly expanding infrastructure network, Green prioritises the highest ESG standards, while providing a complete ecosystem for its clients, facilitating a quick digital transformation and journey to the cloud.